The previous building of Haikko Manor in 1911 before the fire.
(Photo: The Finnish Heritage Agency).

Haikko Manor since the 14th Century

Year 1362
Haikko Manor was owned by the Dominican priory of Vyborg in 1362. Jöns Olofsson bought the manor later and it remained in the ownership of the Stenbock family for the next four hundred years. The manor was often inherited by a daughter of the family and the names of the owners changed accordingly.

The Wallen brothers owned the manor 1853-1871. Their half sister Aurora Karamzin was a well-known and celebrated beauty but also a philanthropist and founder of The Deaconess Foundation in Helsinki.

The Manor was purchased by General Sebastian von Etter who served in the army of emperor Alexander II of Russia. During the time of the von Etters, many members of the Russian imperial family and Mannerheim, Runeberg, Edelfelt and many other important representatives of the Finnish cultural life visited Haikko. Artist Albert Edelfelt fell in love with the beautiful archipelago landscape and he had a small summer studio built in the neighbourhood. He used to return from Paris to Haikko for the summer and he also painted many of his important works at Haikko. 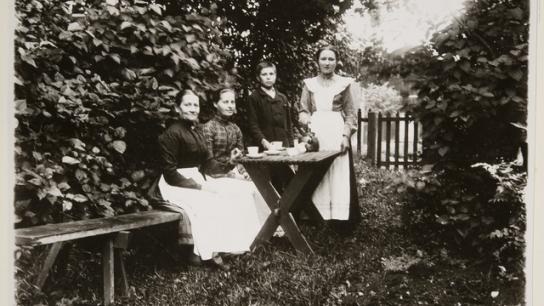 General Sebastian von Etter, distinguished in the Turkish war, bought the manor in 1871. His family kept the manor for almost a century. During the time of the von Etters, many members of the Russian imperial family visited Haikko. In the picture Haikko's workers are having a break.

After the outbreak of the Russian revolution Grand Duke Kiril Vladimirovits escaped to Finland with his wife and daughter. They settled down at Haikko and a son was born to the family in the same year 1917. He was given the name Vladimir and christened at Haikko. He became the head of the Romanov family that was spread all over the world. Vladimir visited Haikko in 1991. 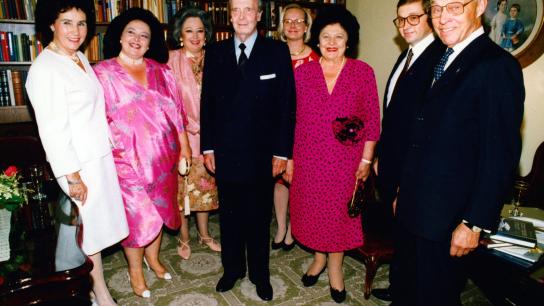 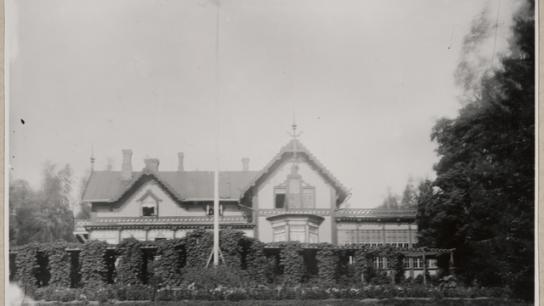 Dramatic events have also taken place and the Manor has been burned down five times in the course of the centuries. First by Danish troops in 1508 and later on three times by Russians, for example during the Great Northern War in the 18th century. The last fire in 1911 was lit by a horseman who had been sacked because of heavy drinking.

The present Manor is designed by professor Armas Lindgren and dates back to 1913. Satu and Leo Vuoristo bought the Manor in 1965 despite the fact that the house was in poor condition.

Haikko Manor was opened as the first manor hotel in Finland in 1966. The original drawings of the house were found and the Manor was completed according to the drawings. 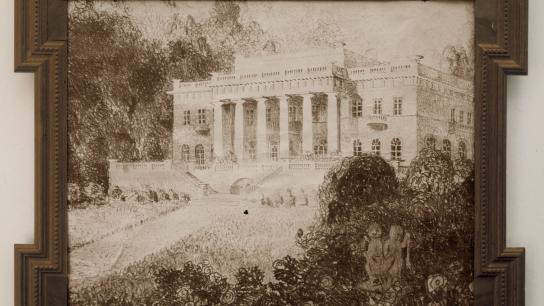 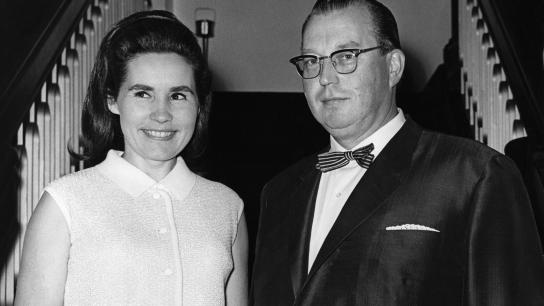 Leo Vuoristo passed away 17.7.1973. After recovering from her grief Satu Vuoristo became the managing director in the family business. She has also actively participated in numerous social and cultural communities and charities. She received a Finnish honorary title of "kauppaneuvos", the closest equivalent being commercial counsellor, in 1977.

The Spa Hotel had a grand opening, with the distinguished guest president Urho Kekkonen in 1974. The Congress Centre was opened in 1983 and extended in 1989. A Japanese style Yorokobi spa and pool world opened in 1999. 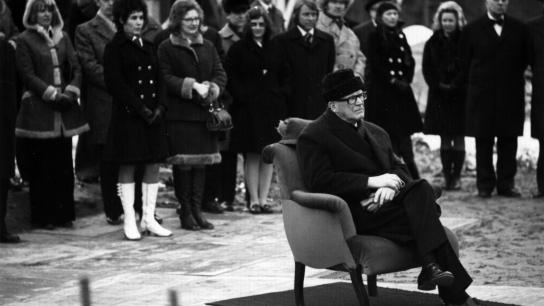 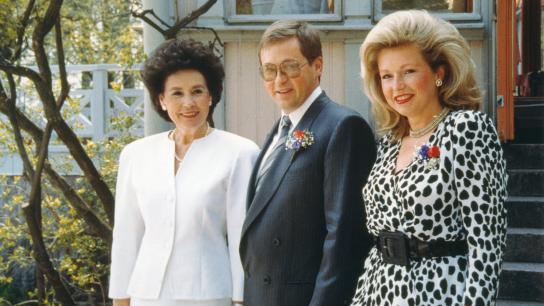 Satu met Mika Tiivola, CEO of the Union bank of Finland, and the couple got married in 1975. Satu Tiivola continued working in the family business. The couple enjoyed their active life together until Mika Tiivola passed away in 1994.

The Vuoristo's children Katriina and Veikko also worked in the family business. Veikko Vuoristo was nominated as the managing director in 1983 and he later bought Katriina's shares in the company. Satu Tiivola continued as the chairperson of the board and she still takes part in some business operations.

There used to a large marquee in the Manor Park. A new, beautiful seaside villa was built to replace the old marquee. Villa Haikko was opened in 2008 to cater for banquets and meetings. A new, versatile outdoor activity area, Haikko Areena with a mini stadium, was opened in the same year.

The Spa Hotel has also been renovated and 46 elegant Superior rooms were introduced in the beginning of 2009. 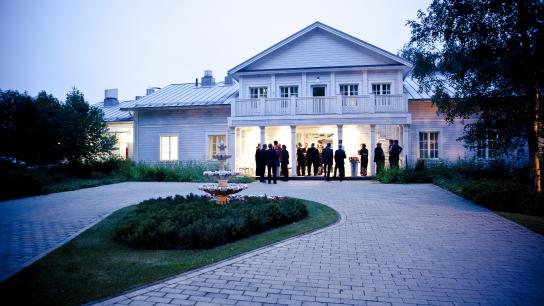 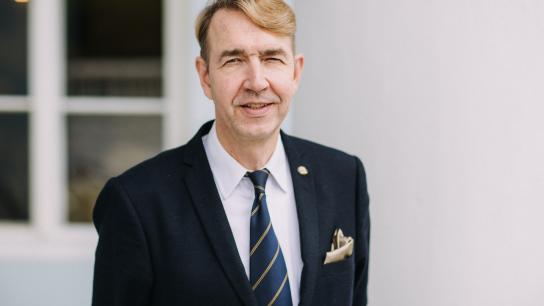 Juha Mähönen started as the new Managing Director in 2012 and Veikko Vuoristo became the Chairman of the Board. A new era started together with the first managing director outside of the Vuoristo family.

The rooms and the lobby areas in the Manor Hotel were reopened after a major renovation in spring 2013. The luxurious, renewed rooms and suites became very popular among demanding  business travellers and banquets guests with high expectations.

The new Butler Service ensures excellent and unique service for the guests of the Manor Hotel. 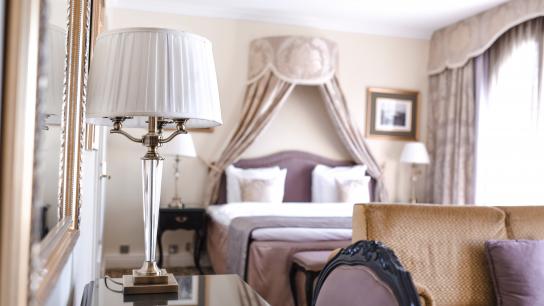 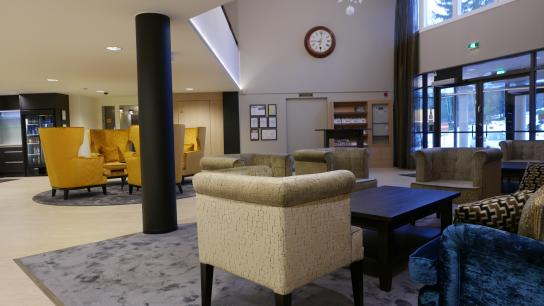 The Spa Hotel rooms were renovated in 2015. The Lobby had also a completely new, modern look, the new Lobby Bar was introduced and the Spa Shop was extended.

History of Haikko Manor since the 1960's Video (in Finnish)