Haikko Spa Hotel offers accommodation for up to 400 people. The pampering spa, Bistro & Cafe and the Congress Centre are located in the same hotel building. The luxurious spa offers pleasures and relaxation for adults.

Hotel Haikko Manor consist of two separate hotel buildings. You can choose to stay in an elegant room in the historic Manor Hotel or in a modern room in the Spa Hotel, with an easy access to the spa services. Both hotel buildings has own receptions.

Spa Hotel reception is open 24 hours.
The Spa Hotel has totally 184 hotel rooms - Standard rooms, Superior rooms, seven Deluxe rooms and two suites with jetted bath tubs. The rooms are located in various wings of the hotel building. The Spa Hotel is located in a beautiful park by the sea, next to the Manor Hotel.

All the rooms and premises are non-smoking ones (including electronic cigarettes, too).

The Spa Hotel has a direct access to the spa and to the Relax Center. The gym, condition test rooms, Bistro & Cafe, Lobby Bar, Spa Lounge and the Congress Centre are located in the Spa Hotel building.

You can enjoy a morning swim and take a summer shower on Haikko's private beach in the summer. Artist Albert Edelfelt has painted many of his famous works and landscapes at Haikko, so we recommend a stroll in the Manor Park and to the panorama cliff nearby. 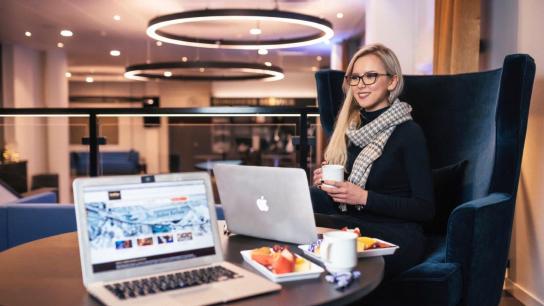